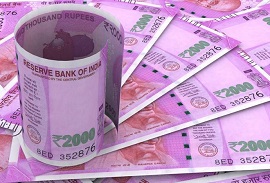 KEY HIGHLIGHTS
• FM on Wednesday announced Rs 3 lakh crore collateral free, government-guaranteed loans for MSMEs saying it will benefit 45 lakh small businesses
• She also announced Rs 50,000 crore equity infusion for MSMEs through Fund of Funds. The move will help MSMEs with growth potential and viability to expand further.
• Top MSME industry bodies termed the proposals as frivolous and gimmicky saying they needed ventilator while government had prescribed medicines which will not provide immediate relief
• Small firms were expecting payroll support in terms of part or full payment of at least two months' staff salary by the government

Sitharaman also announced Rs 20,000 crore subordinate debt for stressed MSMEs which would cover 2 lakh businesses. The smaller firms, however, expressed disappointment and said that they were expecting salary support for their workers and staff in the absence of cash flow which is expected to remain minimal as orders have dried up and demands plummeted. Federation of Indian Micro and Small & Medium Enterprises (FISME) President Animesh Saxena told BusinessToday.in that industry is on ventilator and needed oxygen support and not medicine, which will work in three months. "We needed oxygen and immediate ventilator. If I talk in medical terms, most of MSMEs need ventilator. If they are not given benefit and immediate support they will not survive 3-4 months of no business," Saxena said.

He said that government is not shelling out any money and all the announcements are seeking to provide indirect help. "We are clearly disappointed. At the end we are seeing that it is only loan without guarantee. Rest all is frivolous. In this kind of crisis with mounting losses and no business we were expecting that government will come with direct support," the FISME President said.

On extending provident fund (PF) benefits for another three months, Saxena said the scheme does not cover a large number of MSMEs. In the previous stimulus package, Finance Minister Nirmala Sitharaman had announced the government would contribute employers as well as employees' share of PF for three months beginning March. This has now been extended by another three months till August. This PF benefit is applicable to all only those establishments which have up to 100 employees and out of which 90 per cent earn a monthly salary of less than Rs 15,000.

Terming the loan offer and other proposed benefits as gimmick, SME Chamber of India President Chandrakant Salunkhe said that only financially sound MSMEs would benefit from the collateral free loan and those struggling would just shut down.

"Only those MSMEs which are capable would qualify for fresh loan and those who are grappling with the crisis will eventually close down," Salunkhe said, adding that such government announcements are not properly implemented on ground. "We were expecting at least two months' salary for the employees to be paid by the government," Salunkhe added.

Acknowledging that Indian MSMEs and other companies often face unfair competition from foreign companies, the government has disallowed global tenders in public procurement upto Rs 200 crore. The Finance Minister also announced the release payment of long-pending MSME dues from government and its PSUs within 45 days. FISME's Saxena said that payments from PSUs and government agencies should be a regular phenomena.