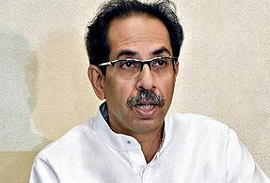 Keeping in mind the possibilities of global investors looking at the country for setting up new businesses and industries in the post-Covid-19 world, the Chief Minister of Maharashtra has announced a 40,000-acre land bank.

In his recent address to the State, he had said that at a time when the world has come to a standstill, Maharashtra wants to take off to a new future. Non-polluting industries will get unconditional clearances for setting up units. Land required for industrial units would be given on lease.

However, industry watchers say that Maharashtra Industries Department had tried to implement similar ideas in the past but these could not be translated into new industries being set up in the state. There is a sense of fatigue among investors, which needs to be addressed urgently.

S Sittarasu, Director & Head-Port, Airport & Global Infrastructure Services at JLL India, told BusinessLine that granular data for the five years between 2014-15 to 2018-19 shows that Maharashtra had managed to barley push ahead of other states attracting 13.6 per cent of the total investments during the period. Maharashtra is closely followed by Gujarat, which managed to attract 13.4 per cent of the total investments.

In this period, Andhra Pradesh, Gujarat, Karnataka, Maharashtra, Rajasthan and Tamil Nadu grabbed almost 60 per cent of the major projects due to their locational and other advantages. The prime factors that helped were faster sanctioning of projects, accessibility of raw materials, availability of skilled labour, adequate infrastructure and efficient logistics supply chains, he said.

Sittarasu said that the pandemic story of China has opened up another opportunity for Make in India, where investors would seek the trust and business facilitation mindset of government officials. These investors do not compare the infrastructure development among various Indian states, but against international standards. However, not many new companies would be rushing out of China to Maharashtra post-Covid 19 because they understand the prevailing landscape, he said.

He added that while there is no need to reinvent the wheel, a fresh engagement with global investors is necessary. Manufacturing giants such as Foxconn have been in regular contact with the local government. All that is required is to show confidence and skillful hand-holding.

A former senior IAS officer said that in Maharashtra, the real reason for sluggish growth in getting investments is the trust deficit between business executives and State Secretariat mandarins. The crucial engagement between the two lacks the right mindset and a systematic approach. Some investors became despondent and leave for other shores.

Chandrakant Salunkhe, President of the SME Chamber of India said that there is no clarity on who gets the land on lease ? Indian companies or foreign corporates. While giving the land, preference should be given to small and medium enterprises as these have huge potential to generate employment but lacks deep pockets. Salunkhe said that if 40,000 acres are up for lease then it is inadequate as large players from Japan and Korea will require land parcels of 1,000 to 1,500 acres of land.